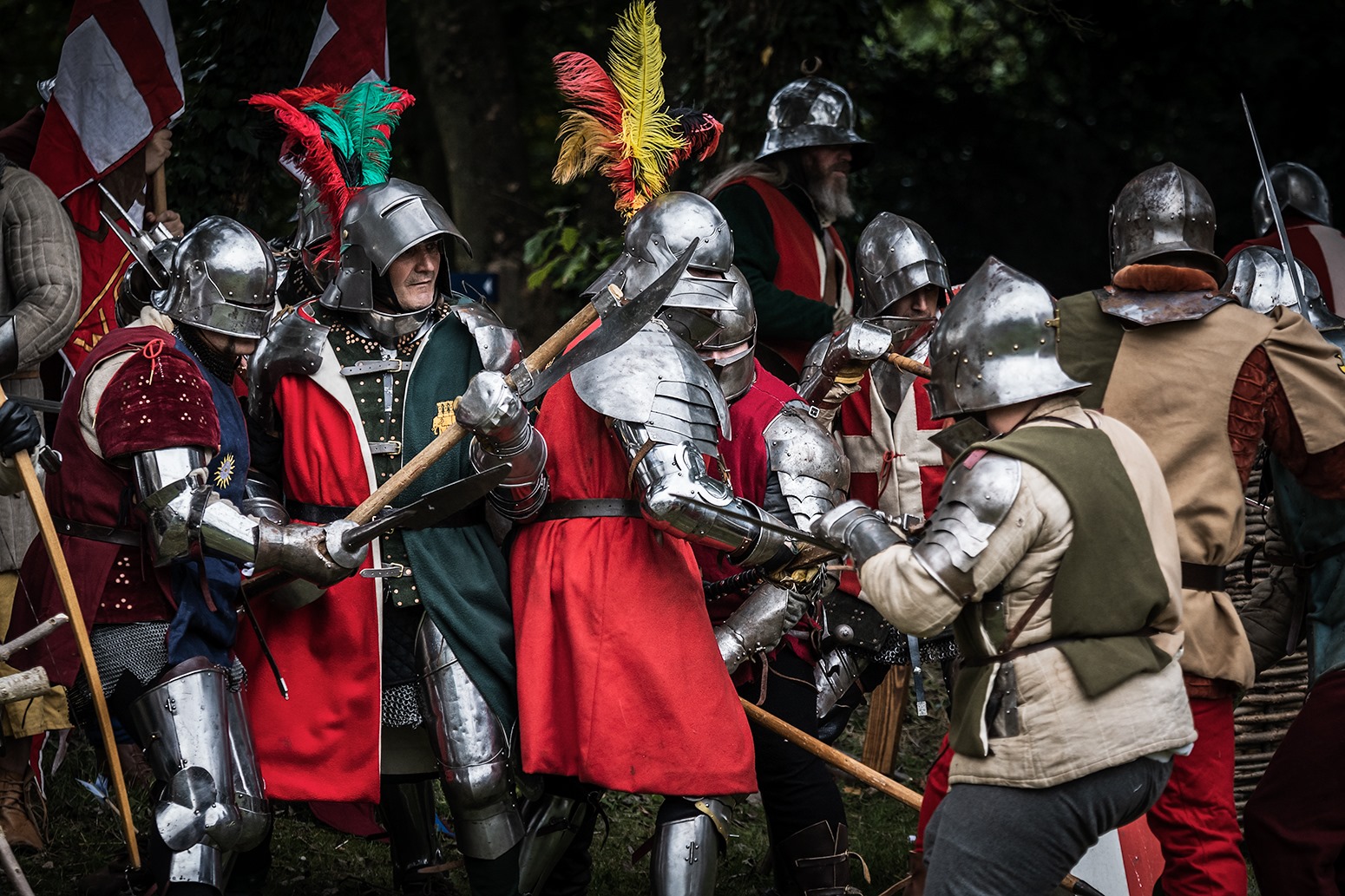 Avoncroft Museum is home to over 30 historic buildings and
structures which have been rescued and re-built in rural Worcestershire.

It is the middle ages! Faction fight faction for the crown and where better to learn about this than at Avoncroft Museum?

The Beaufort Companye will be on site to show you the costumes, trades, skills and history of this important period of British History. Throughout the day there will be demonstration battles where you’ll hear the clash of sword and the bang of cannon in a spectacular clash of arms and armour.

Learn about the armour that the soldiers wore with the Companye and see how your ancestors lived.

We will also be hosting Gloriana who will be be demonstrating dancing and music of the period under the 14th century Guesten Hall roof.

The timetable for the event is below;