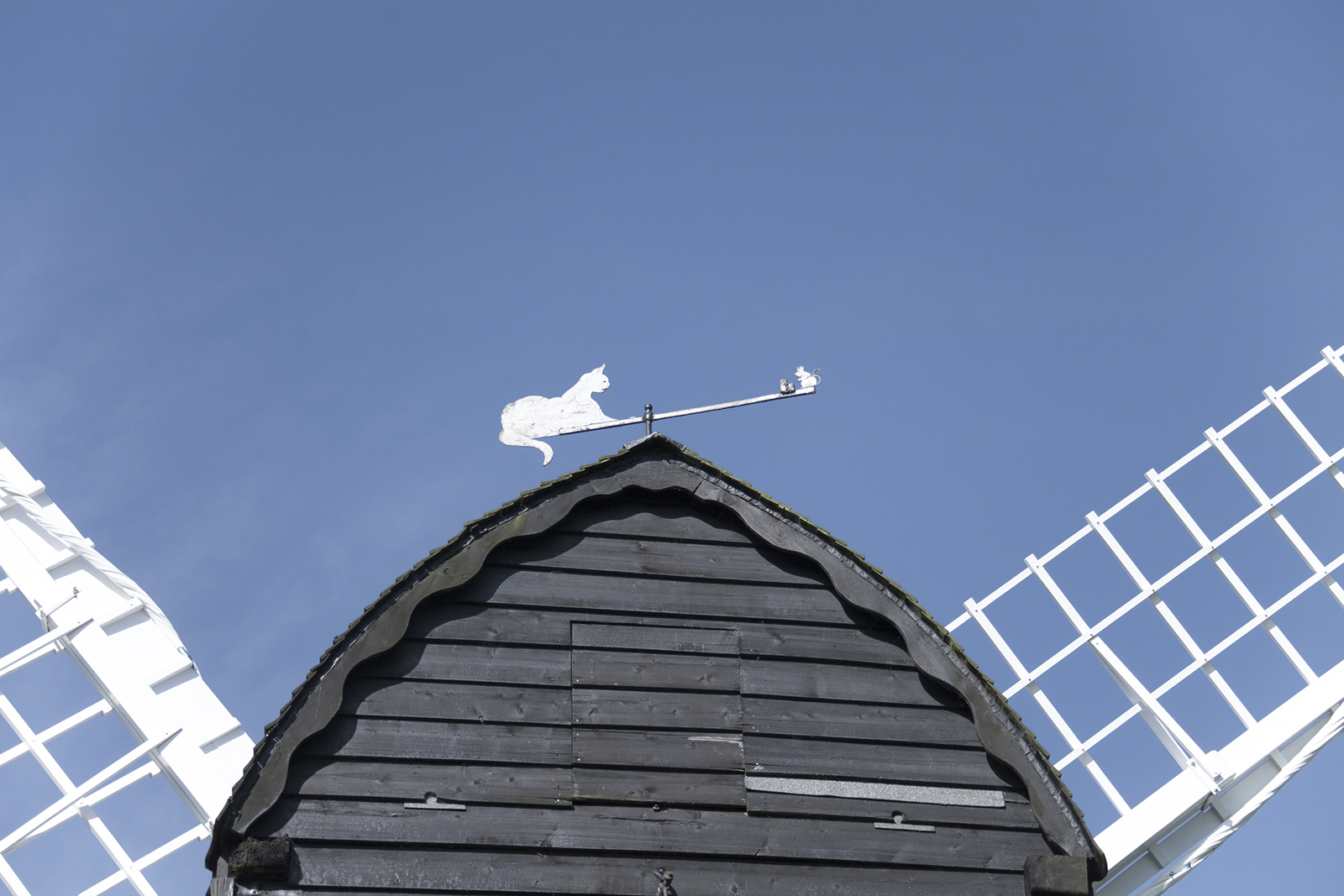 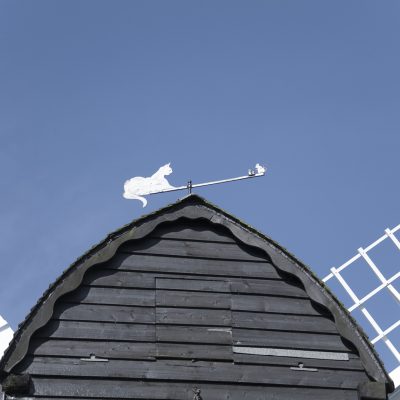 After a decade of trials and tribulations, an iconic West Midlands post mill at Avoncroft Museum of Historic Buildings is back in action and proving a great hit with visitors.  The annual “Waking the Windmill” event will be held on Saturday 21st and Sunday 22nd February.

The 19th century post mill – one of only three surviving examples in the English Midlands – was rescued from Danzey Green near Tanworth-in-Arden in 1969 and reconstructed at Avoncroft.

Having undergone an extensive programme of structural repairs over many years, disaster struck the windmill in January 2012 when high winds brought down one of the sails and damaged the supporting round house.  The sail was broken beyond repair and a new one had to be manufactured to replace it.  However, by October 2013 the work was completed and the windmill was restored to full working order.

The windmill is an enduring favourite with visitors to Avoncroft Museum who are keen to explore the round house and talk to guides from a team of specially trained volunteers who look after the windmill.  These expert guides give fascinating insights into the history and rescue of the mill and the milling process.  There are monthly “sailing” days when – weather permitting – the windmill is operated by a team of specially trained volunteers, details of these can be found on Avoncroft’s website: www.avoncroft.org.uk/whats-on/events-programme

During the summer months and on major events days, the volunteers sail the windmill and visitors can watch it in operation.  Details of sailing dates are posted on Avoncroft’s website (www.avoncroft.org.uk) and Facebook page.

Simon Carter, Museum Director, says:  “We’ve had some problems along the way but we’re delighted that the windmill is now one of the most popular exhibits in our collection at Avoncroft.  Our team of windmill volunteers has been absolutely invaluable in re-establishing it as such a highlight and we are now looking into further possibilities to put the mill to good use.  We are currently exploring the feasibility of producing Avoncroft Museum flour and hope to be able to do this in the near future.”